Barbets are our great passion, therefore there is nothing impossible for us. We drove over 10 thousand kilometers to bring to our country the best lines of these dogs. We put a lot of heart and commitment in breeding.

Pups are growing quickly and are already messing around. So socialization takes off,  The playpen is rarely so empty, because So the ruble bethe space is usually taken up by small people 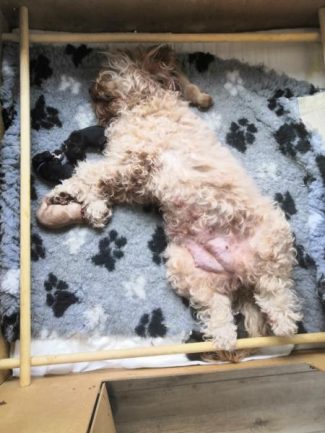 On 21th of October Janis Joplin RNRN Allfordogs has given birth to five puppies. Proud father is MONS Wierciłapa, here they are: 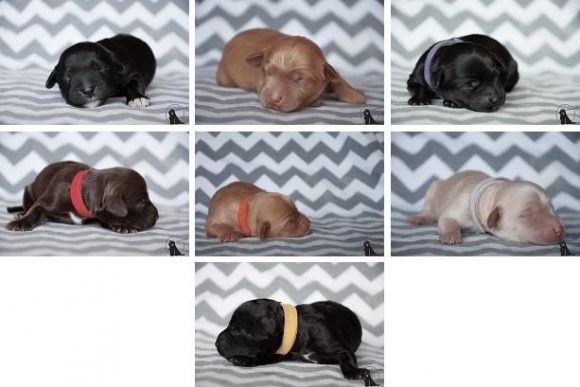 It has been 5 years already 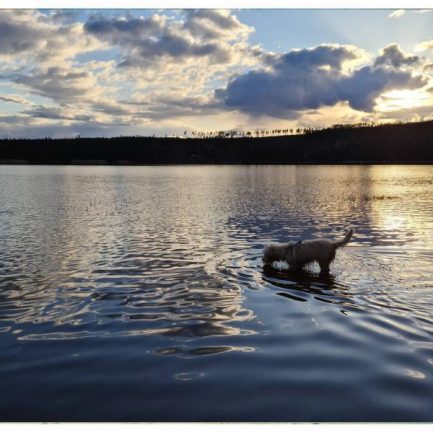 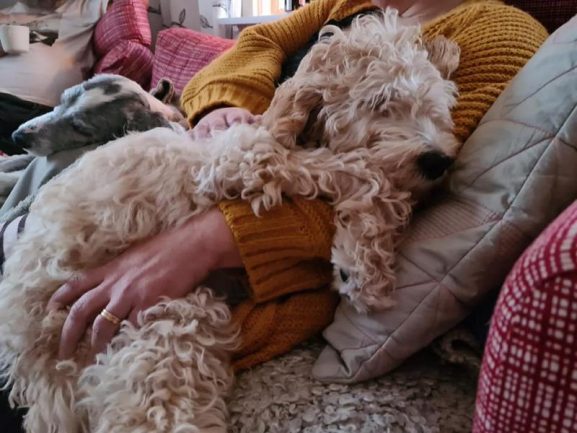 The last puppy from our last litter left our home and settled permanently in Sweden. Rugia, or rather in accordance with the nickname given to her by the kids – czeniaczek, bravely endured a short flight and is now going trough acclimatization in a slightly colder climate;) 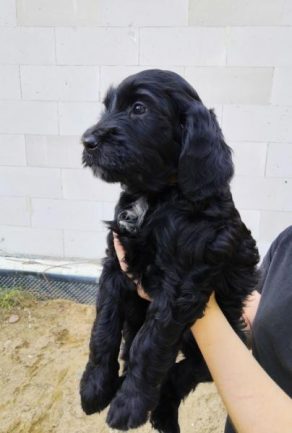 In 2009 the first Barbet arrived at our home - Argo, whose adventures can be traced on the blog. He easily won the hearts of the whole family and friends. Thus began our adventure with barbets. Over the next years we established contacts with all major breeders from Finland to Canada. Not yet thinking about breeding, we collected information about the breed, its history and the problems associated with low abundance (a narrow genetic pool), the desired and undesired appearance and character traits. Breeders such as Elaine Fichter, Paula Ballak, Henk Hilbink and Walda Brands, Ula Pepper, Stacy Able, Jacques Cyr, Ezia Carrodena Zagone, Rose Marie Näslund were and still are for us an invaluable source of knowledge about the breed.

After two years of exchanging experiences, we decided to start our own kennel. In 2010, we filed the application to FCI for registration of kennel "Wierciłapa". In 2011, which was an extraordinary honor for us, we brought to Poland - GEORGIA ON MY MIND from de la serve de la Chapelle d'Alexandre kennel owned by Elaine Fichter, selected twice in 2009 and 2010 – as the best breeder of race.

We 've waited for Georgia's litter for almost a year. Georgia parents are Ermengarda (aka Coccolina) (the most titled and highest ranked barbet by SCC - SCC selection grid 5 / 6, Grille de Sélection)and Chouffe Quaciendas (Champion of the Netherlands), whose mother was Udine litter exceptional "U"-litter from the Barbochos Reiau de Prouvenco kennel.

Georgia turned out to be our little miracle, calm and gentle, very willing to work and retrieve, a with beautiful build and easy to maintain hair. Not to mention her perfect health. In 2012, we were the only Polish guests to take part in organized in Chatel Gyoun, Barbet symposium. Our visit to the symposium, was combined with a holiday in France, and our house was visited by friends from France,  Netherlands and Sweden. At the end of 2012 ARGO sired again, this time in the Dutch kennel -  Barboucles Sur Meuse.

In 2013 after careful planning and long preparations Georgia gave birth to eleven little "Wierciłapas", their daddy is BOREE di Barbochos Reiau de Prouvenco. Story of that litter may be traced here - "I" litter 2013. In decemeber of 2014, Georgia has become a mum of ten puppies, their father is CASPAR du Pre de Redy, this litter's story can be traced here - "J" litter 2014

Barbets are our great passion, therefore there is nothing impossible for us. We drove over 10 thousand kilometers to bring to our country the best lines of these dogs. We put a lot of heart and commitment in breeding. Here You can read about our standards and goals. Our dogs tested for hip and elbow dysplasia, and have regular eye examinations performed on yearly basis. Our dogs are real volcanoes of energy, tireless in work and play. Both are jumping on the agility and the older one already has had a hunting training. They are cheerful and full of life. Cannot stay in one place, always have to be where something is happening ...

We live in Warsaw (Poland), if you want to see our barbets or just ask something – feel free to contact us. You can also reach us on Facebook’ and Instagram .